After seeing the faces of Sarah Palin and her friends on Dancing with the Stars while I was surfing through the channels, I changed the TV back to House and Univision (for Blanca Soto on Eva Luna). I couldn't help but think that putting Bristol Palin on the show was a ploy by the execs to specifically get more Republican/"social conservatives" to watch their network, after it had abandoned family-friendly programming (true of both ABC and the Disney channel).


Sarah Palin Defends Dancing With the Stars, Brushes Off "Haters"

Eva Luna seems to be another "Cinderella" story--is that a favorite theme for telenovelas? I don't think there is any connection with the Isabel Allende novel. While there are a lot of beautiful women on telenovelas, I can't fathom many men watching them. Is the employ of attractive actresses then to cater to women's fantasies? (I suppose American soaps are no different, but American standards of beauty have fallen bit--I think the choices by producers simply reflects current reality.) 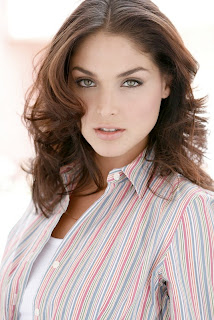