John Médaille, This is Not Your Father's Recession

This is Not Your Father's Recession

Posted by papabear at 4:08 PM No comments:

Is That All You Got to Show Me?
A Tax Rebate Won't Fix This Mess

By DAVE LINDORFF
Posted by papabear at 3:54 PM No comments:

Dry, polluted, plagued by rats: the crisis in China's greatest river
Jonathan Watts, The Guardian
The waters of the Yangtze have fallen to their lowest levels since 1866, disrupting drinking supplies, stranding ships and posing a threat to some of the world's most endangered species.

Asia's longest river is losing volume as a result of a prolonged dry spell, the state media warned yesterday, predicting hefty economic losses and a possible plague of rats on nearby farmland.

News of the drought - which is likely to worsen pollution in the river - comes amid dire reports about the impact of rapid economic growth on China's environment.
(17 January 2008)

via EB
Posted by papabear at 12:06 PM No comments:

The great coal hole
David Strahan, The Last Oil Shock / New Scientist
A number of recent reports suggest that coal reserves may be hugely inflated, a possibility that has profound implications for both global energy supply and climate change.
published January 17, 2008.

Youtube would be excellent at making money off pop culture nostalgia.

Contestants for the upcoming season of America's Next Top Model

plus contestants of past years

While Tyra Banks may have complained about comments made in various gossip rags about her weight, why is she contributing to the problem by picking girls who look like this? At least the girls in Germany's Next Top Model look healthier...
Posted by papabear at 6:54 PM No comments:

Coming in Spring 2008 from Ignatius Press

The Early Papacy To the Synod of Chalcedon in 451, by Adrian Fortescue; edited by Alcuin Reid

Full text of papal speech Italian students blocked
Students protested Pope's appearance at university after protesters linked him to statements about Galileo
Posted by papabear at 6:28 PM No comments:


From whatever musical she is performing in at the moment... I think I read something about it last year. Anyways, the photos are quite flattering...

Photos of her training? in Paris?

Posted by papabear at 6:23 PM No comments:

Fiscal "Stimulus" Doomed To Fail
Posted by papabear at 6:16 PM No comments:

Clowning Achievements
Posted by papabear at 6:13 PM No comments:

Posted by papabear at 5:54 PM No comments:

You can guess what the source is... posted at AICN.

Initial reaction: it's fine as a teaser, but... there's so much more to the final product than what is revealed by the teaser (which may show nothing at all from the movie).

The movie website.
Posted by papabear at 3:54 PM No comments:

William Lind, On Side Effects

As we observe the slow and increasingly certain disintegration of Pakistan, we should force ourselves to confront an uncomfortable fact: events in Pakistan are to a large degree side effects of our war in Afghanistan.

The January 12 Washington Times headline was “Pentagon spies al Qaeda in Pakistan,” as if this were somehow news. It quotes the JCS Chairman, Admiral Michael Mullen, as saying:

There are concerns now about how much (al Qaeda) turned inward, literally, inside Pakistan…so (the Pentagon is) extremely, extremely concerned about that…

One can only respond, quelle surprise! Of course al Qaeda turned inward inside Pakistan. First, Pakistan is strategically a vastly more important prize than Afghanistan or Iraq could ever be. Second, when guerillas are put under pressure in one place, they go somewhere else. Third, we have allowed ourselves to be put in the position of fighting the Pashtun in Afghanistan, and there are lots of Pashtun in Pakistan. War with the Pashtun is war with the Pashtun, to whom borders drawn in London mean nothing.

Posted by papabear at 3:40 PM No comments:

Posted by papabear at 3:33 PM No comments: 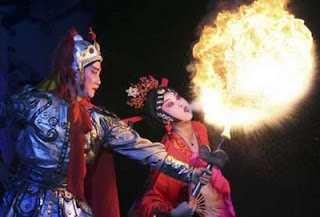 REUTERS/China Daily (CHINA) CHINA OUT
Posted by papabear at 3:32 PM No comments: 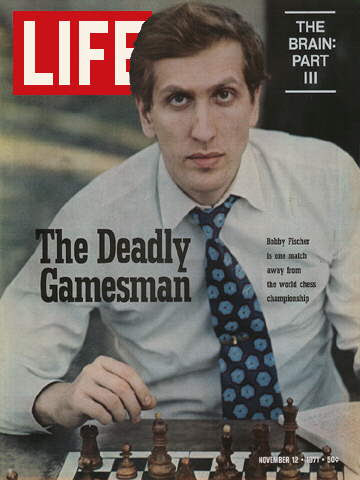 Once again the opening song for Tokyo Love Story:

Labels: Japanese celebs
I've just noticed today that they don't say the pledge of allegiance here either... now one may be opposed to the recitation of the pledge for various reasons, such as an attachment to states' rights or to the old South and so on... but I can't help but think that this is a social experiment related to the hippie communes of the 60s. Maybe I just don't know much about hippie communes. But the lack of formality and the implicit egalitarianism... it does annoy, and I can't help but think that it is the "small" things like this that lead to bigger problems later in character development.

Bells aren't used to mark time, either. Is this an attempt to make teachers and students more aware of time? Or to make school seem less "institutional"?

They make use of class meetings here, which are run by the students themselves. This isn't the first time I've seen this... students have an agenda and they can use the time to address problems and issues. They also pass a doll around, during which time they can compliment other students.

And there is the "counseling" board, on which students can put up notes, both to remind themselves to make better choices. (There are also notes for contacting parents and praising "star students.") But even this strikes me as being "beaureaucratic" and hence institutional. At least there aren't group sessions in which students critique themselves in front of others, like in Mao's China.
Posted by papabear at 10:13 AM No comments:

Tranforming communities through locally grown food
Carolyn Baker, Speaking Truth to Power
All the stereotypes of Rutland, Vermont as "backward" and "too conservative" to relocalize its economy through local agriculture are fading into the dustbin of history. (Interview with Greg Cox of Boardman Hill Farms.)
Posted by papabear at 7:15 PM No comments:

Labels: farming, relocalization
Today I was at Windmill Springs, where students call teachers and the principal by their first names. Well, I didn't have any of that. However, the class was well-behaved, one of the best I've seen so far, so I was surprised by that.

The Dell case is definitely not user friendly, not like the last case I had, and adding new components takes much work. I had to remove the power supply before I could put in a new DVD drive. Bah. I hope it lasts for a while, I wouldn't want to do this regularly.
Posted by papabear at 7:13 PM No comments:

a review of The Postmodern Imagination of Russell Kirk by Gerald J. Russello: Postmodern, Not Hypermodern: Russell Kirk
Posted by papabear at 4:19 PM No comments:

Does it give away too much?
(alt)
Posted by papabear at 4:06 PM No comments:

Apparently many of the enka videos are no longer available at youtube. Japanese broadcasters are very strict about copyright infringements, so they have probably been complaining to Youtube and getting all kinds of videos pulled. Ah well.
Posted by papabear at 1:38 PM No comments:

According to Yahoo Movies: Centers around five Lebanese women, of different religions and ages, who work in a beauty salon.

No Cloverfield this weekend?

A dream with Natalie Portman in it... she was pregnant and at a beach resort? Ocean, cliffs... She mentioned that we had met after I had won some lottery, which sounded vaguely familiar, but maybe that feeling was due to the dream itself and not to memory. Then there were flashbacks of Italy... It was a fun dream while it lasted.

Rotten Tomatoes has some reviews for Cloverfield; it's rather mixed so far. A couple of the regulars at AICN are raving about it (including Harry Knowles), while one contributor didn't like it. But with the shaky camera work and the hidden monster (which isn't actually seen all that much), I don't think my mother would enjoy it that much. I don't think she would be interested in seeing anything else in the theater... maybe I'll postpone taking her to the movies until something decent comes out. (Too bad she's not a Rambo fan. heh.) Bella isn't available on DVD at Deep Discount. The Eye remake opens on February 1... but it stars Jessica Alba.

From AICN:
Answering Questions Is As Easy As Breathing - Sly Answers Back! Day 1
Sly bleeds some more answers in anticipation of RAMBO - Day 2

The latest by Neil Marshall, of The Descent (UK)and Dog Soldiers.

Images at IGN.
Slashfilm: Doomsday trailer and photos
Trailer at Yahoo (via AICN) 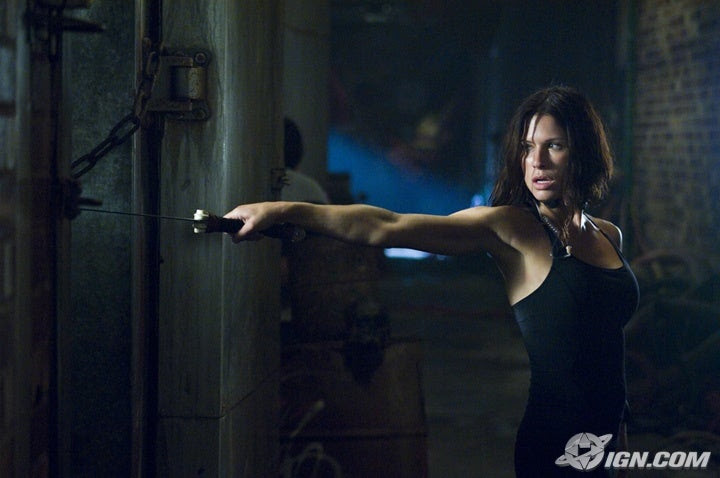 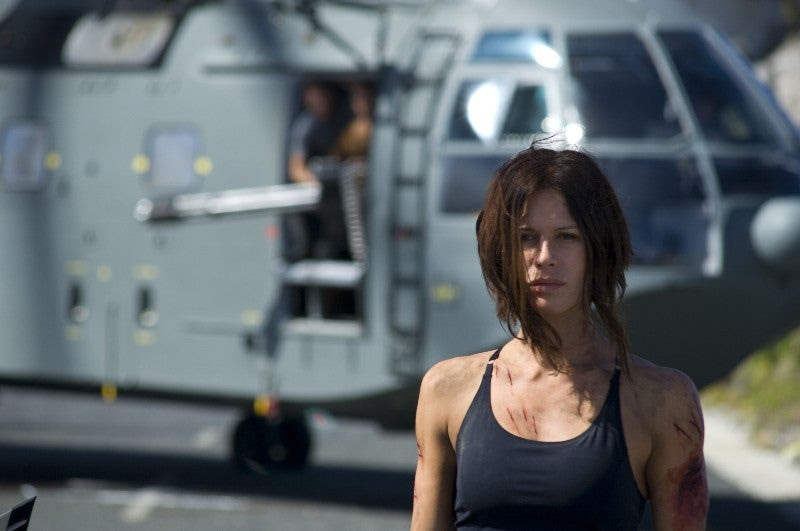 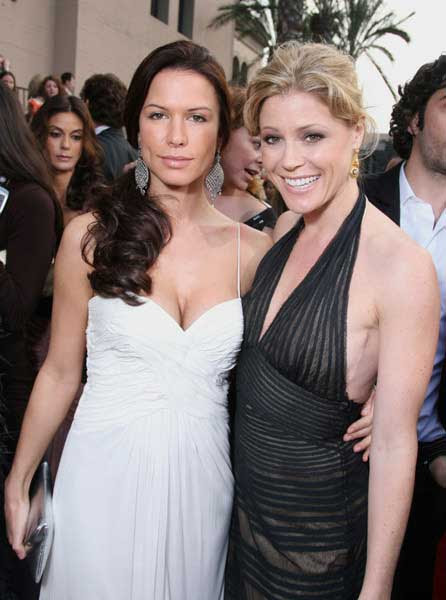 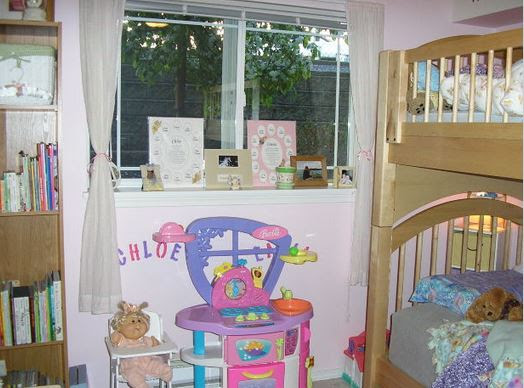 Here you go Sarge: Talking with Stephanie Smith
Posted by papabear at 11:53 AM No comments:

"The Thrill of the Chaste"

Dawn Eden and the Thrill of the Chaste