Kinpachi Sensei Coming to an End

Tokyo Hive: Takeda Tetsuya reflects on the end of “Kinpachi Sensei” & his role

I've seen a couple of the series when they were broadcast on local TV a long time ago--it's a sentimental drama which tries to encourage students dealing with the culture of examination hell in Japan, but I've never seen it offer real suggestions for reform or reject the current system. Maybe I haven't watched enough of it. There were references to spirituality, benevolence, and such as a response to some of the issues that Japanese teenagers face, encouraging them to look at the bigger picture and to think of what sort of people they want to be. A simplified Japanese humanism? But television won't save Japan from its spiritual malaise, and the happy endings that Kinpachi Sensei offered may have only given the audience some measure of emotional satisfaction and not the truth that it doesn't seek to confront. 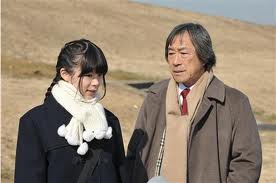