Why do the wicked flourish? 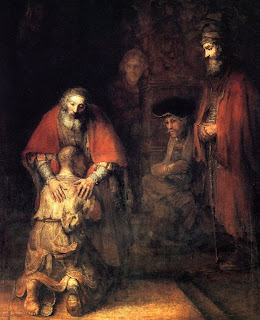 Do things really seem that bad? Perhaps they are not. But it is frustrating to be unable to find work even though one is qualified (perhaps over-qualified) for it. The manager seem to be preparing to marry his live-in gf. One sees various documents and diocesan paperwork. When was the last time he went to church? Those who co-habitate and have premarital relations seem able to get a decent wedding in the diocese without too many problems.

There are those who do not follow the 'rules' and yet seem to be doing fine. Many have grappled with the question of why the wicked seem to be doing ok, while those who strive to be obedient do not. Saints have written on the topic. So we keep in mind what our Lord tells us, especially the parable of the prodigal son and God's loving care of both the just and the unjust (which goes along with the story of Jonah). When things are not working out, it is easy to forget what benefits what have received, and instead focus on the benefits that others have received. Now if only I were as righteous as the elder brother in the parable.

It may be that God keeps some in ignorance so that their culpability is lessened or taken away. Those who know the truth should not be jealous, thinking that they too should not have been given onerous requirements. This would be ingratitude. Rather, God has given both the precepts and the grace to follow them, and a greater benefit as well--true happiness, so long as one cooperates with that grace.

Still, there is something to be said for the proper Church authorities making the proper censures when necessary, in order to protect the beginners who are easily scandalized, and may be tempted to fully embrace a life of sin, because "other Catholics are doing it." Even if anger is mixed with envy and exercising true charity is the solution, should the Church be giving special (or even "equal" treatment) to those who knowingly live in opposition to her teachings, to the point that that she seems to be approving their choices in life?
Posted by papabear at 8:24 PM