More on the Benedict XVI Institute

Interview at Paleo Movement.
Posted by papabear at 3:55 PM No comments:

Labels: diet, health, Michael Pollan
Tonight is the first full Techno Contra dance experience in San Francsico. A successful hybrid? Or something that ruins the spirit of Contra?

From an event in Santa Barbara:

Posted by papabear at 3:15 PM No comments:

Labels: Contra Dance, local events
AmCon: Why Is Jane Austen So Popular? by Micah Mattix
Posted by papabear at 3:02 PM No comments:

Posted by papabear at 2:09 PM No comments:

Labels: beer, monasteries
Watched Chris Pine pretending to be Jack Ryan, because of family. Wouldn't have gone otherwise. Westminster Cathedral may be beautiful but it is no substitute for an actual Russian cathedral.

Post by The Tuttles with A.J. Lee.
Posted by papabear at 11:59 PM No comments: 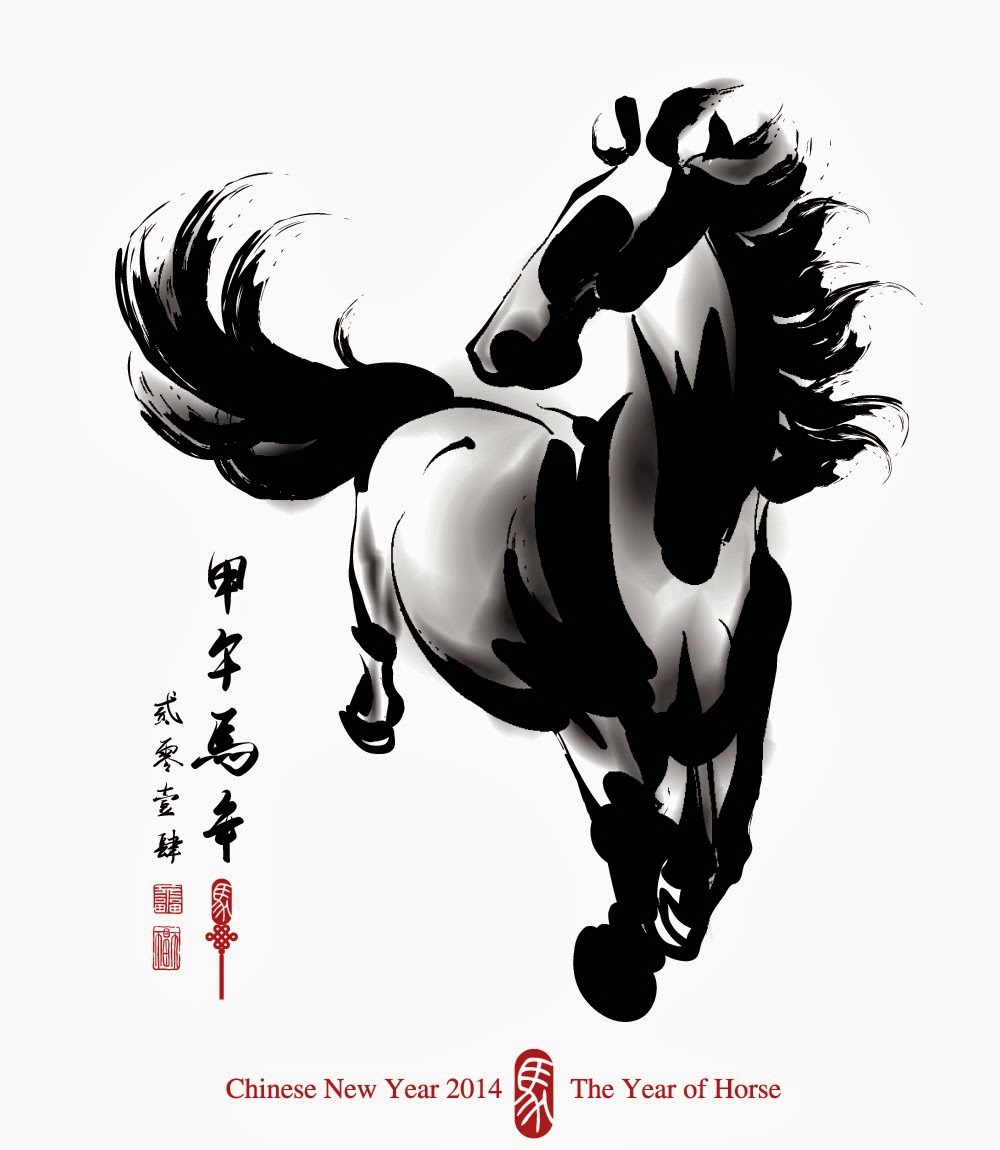 Someone in the neighborhood just lit some firecrackers. That was rather ghetto for this part of the South Bay, though East Asians (Chinese in particular) make up a sizable percentage of the city's population. Even the Chinese would probably mind having their sleep disturbed. Are there complaints when St. Thomas Aquinas rings its bells for Christmas and Easter Vigil Masses?

I don't really celebrate the Western New Year; I'm even farther removed from CNY. Some early Christians (like St. Augustine) frowned upon the celebration of the Roman New Year, even ignoring it. Should those Christians who live under the lunar calendar adopt the same attitude? Certainly there is much superstition that surrounds the celebration of the New Year in East Asia, and many practices embody these beliefs even if many no longer pay attention to the meaning.

Edit. In the morning I heard some more firecrackers in the vicinity of a school in St. Clare's city - I couldn't figure out where they might have been lit. I don't know of any East Asian businesses in that area.

Photos: The Independent
IBTimes
The Guardian
Posted by papabear at 12:01 AM No comments:

Any criticism of unproductive loans, especial in the home real estate market, forthcoming?
Posted by papabear at 11:59 PM No comments:

Got That Out of the Way 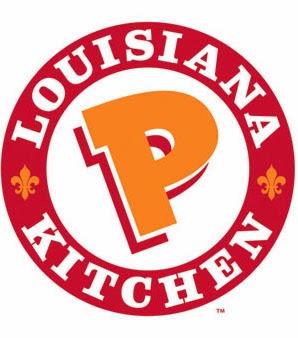 This afternoon I went to Popeye's because of its Tuesday specials. On the window of the store was a sign advertising the 2 pc. chicken only special, and inside the store there was another sign for the 2 pc. chicken combo. The last time I went to Popeye's I think I was visiting one of my sisters - at least 7 or 8 years ago? At the time I remember thinking that it was better than KFC, but that was also before I started eating better. Just a few weeks ago I visited the Jollibee (a Filipino chain, but started by Chinese Filipinos) at Great Mall (that night I got a flat, before watching American Hustle). I had wanted to try Popeyes again as I had forgotten what the quality and taste of its chicken was like.

The Popeyes chicken had a peculiar taste, not quite gamey. I get a similar taste with KFC sometimes, especially recently. A chemical aftertaste? It made me think of preservatives or formaldehyde (not that I've tasted formaldehyde). Is that taste worth the price? Not really. The chicken is like KFC's crispy, coming in mild and spicy flavors. (I should have tried the spicy in addition to the mild.) I still prefer KFC's original recipe, even though I've been dissatisfied with the chicken the last 3 times I've gotten it at KFC. Probably won't be going back to Popeyes any time soon, even though the price of the Tuesday special might be enticing to Asians (usually Popeye's is more expensive than KFC or Jollibee).

Chipotle may become the default fast food
place. May go again this week. (Last time was several weeks ago, the weekend right before the wedding. I've only been to Chipotle once or twice before that, when the local store first opened, and there was a coupon available.)

I haven't been to 99 Chicken for a while, and I can't find the will to pay for a visit to the local Chicken Bon Chon. Even though 99 Chicken has raised its prices again, the prices are probably still not as bad as CBC.

Related:
A negative review of American Hustle.
Posted by papabear at 8:34 PM No comments:

Food for a Finite Planet

The Next Chapter podcast
Swallow Daily

Posted by papabear at 6:53 PM No comments:

An Ecumenical Concert by Cappella Romana

Posted by papabear at 6:44 PM No comments:

Time to Go to Kinokuniya

Posted by papabear at 6:35 PM No comments:

Drinking Games for the SOTUA 2014

But where are the photos of the Christian sites?

Posted by papabear at 9:09 PM No comments:

Recommendations from the Folks at CiRCE Institute

Post by CiRCE Institute.
Posted by papabear at 9:06 PM No comments:

A comedy about guys (and their 'relationships') that's supposed to 'keep it real,' but featuring Zac Effron? More Hollywood bullsh*t catering to women.

Posted by papabear at 8:58 PM No comments:

Labels: Hollywood, masculinity
Rome Reports: Pope Francis: the role of women in the family is 'indispensable'


Pope Francis spoke out once again about the importance of the "feminine genius.” This time, before a large delegation from the Italian Women's Center, a women's association, which closed their yearly national gathering at the Vatican.

During his speech, the Pope reminded them that society and the labor force need a feminine touch. He added that he also wants women to have a more "capillary and incisive” role in the Church.

POPE FRANCIS
"Over the span of these decades, alongside other cultural and social transformations, the identity and role of the woman in the family, in society and in the Church, has seen notable changes, and over all, the participation and responsibility of women has continued to grow.”


Certainly his words can be interpreted as a support of "moderate" or "Catholic" feminism. But can they be read in a way that supports patriarchy and a traditional view of women's roles in society? It seems not.
Posted by papabear at 8:42 PM No comments:

Like Your Hair's On Fire
Posted by papabear at 8:20 PM No comments:

A Different Take on Whit Stillman

The Imaginative Conservative: Whit Stillman: Poet of the Broken Branches by James Bowman
Posted by papabear at 6:33 PM No comments:

Post by Resilience.
Posted by papabear at 5:13 PM No comments:

Labels: Canada
From what I see in online profiles and from real-life people, Hispanic single women seem to prefer to be close to their own families - are Hispanic families less 'patriarchal' in that respect than East Asian families, in which it was traditionally expected that daughters would be marrying into another family and once she did so, her obligations would be primarily to her husband's extended family?

When the father is absent, weak, or busy, the influence of the mother can come to dominate over the children, shaping their beliefs and allegiances so that they feel closer to the mother's family than their father's? (Though the physical proximity of relatives also needs to be taken into consideration; if the father's extended family is close and affectionate, this would probably counterbalance the influence of the mother and her family?)
Posted by papabear at 5:08 PM No comments:

Labels: patriarchy
Aleteia: The Secret Riches of Heinrich Pesch and Solidarism by Stephen M. Krason
It's time for one of the greatest Catholic economic thinkers to be rediscovered.

Posted by papabear at 5:04 PM No comments:

At SFO last week I saw two Cantonese women, probably lesbians, one was quite butch and they were both overweight. I couldn't help but feel pity for them. Of course your liberal do-gooders would be offended by this reaction, seeking to police emotion. They might even consider feeling pity for those who are physically or mentally handicapped to be wrong, too.

Some Orthodox Churches in Las Vegas

Christ as the happy magical hippie? The movie does feature the cleansing of the temple, but the cut was not long enough to show a righteously angry Christ. I was somewhat surprised that they showed the trailer in the theater. It is Silicon Valley - on the other hand, the shrine is nearby and many Catholics do frequent the theater.

The early evening showing of Dhoom 3 sold out - Bollywood blockbusters are doing ok?