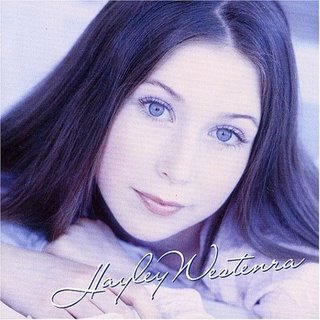 "the next Charlotte Church" -- this is how advertising tends to go in the music world, it seems, x is the next so-and-so; her official website; NPR interview.

She's got the bloom of youth in her pictures, much like Charlotte Church when she first came out (and Britney Spears--of course there may be some computer assistance, but radiant youth usually does not need that much touching up; maybe some removal of acne and the like *embarrassed*). Even at the beginning, Miss Church was a bit overrated, and as she has gotten older I think her vocal skills have declined. (I believe she's moved away from opera/classical/traditional and folk music to popular music/musicals.) I have not heard the albums by Miss Westerna; I mention her on the blog because she is one of the featured artists for the BMG (Classical) Music Club--if not for this month, then recently, and I am curious about the quality of her voice.

Who Killed Classical Music?: Maestros, Managers, and Corporate Politics by Norman Lebrecth talks about the declining popularity of classical music and its causes. I think the over-commercialization of Classical Music is at least partly responsible. (I think this is one of the points Lebrecth makes in his book, unless I am remembering a different book.) One of my friends loves Il Divo (a creation of Simon Cowell of American Idol fame), but attempts to create successful crossover artists have only been mildly successful? (See also Bond; there's even the attempt to sell classical Chinese music to Western markets, with 12 Girls Band... and what of Sarah Brightman [UK]? She has crossed-over in the reverse direction, from Andrew Lloyd Weber to opera to Middle Eastern music to who-knows-what...) Lebrecth does criticize the Three Tenors (José Carreras, Luciano Pavarotti, and Plácido Domingo--he considers the whole gimmick to be a part of the problem and a betrayal of the ethos of classical music. But my mom likes them...

There is also the article "What Killed Classical Recording" by Terry Teachout in Commentary (2001); I haven't read this article yet, but according to the abstract, it seems to state many of the same points as Lebrecth.

Anyways, here's some Charlotte Church stuff. Her website. Some fansites: 1, 2

I was thinking of posting some photos of Charlotte Church, but she's changed much in the past 5 years. (There are even some photos appropriate for the tabloids!--which is probably where they were published in the first place.) Here is a picture of Miss Church which makes me think of Lindsay Lohan: 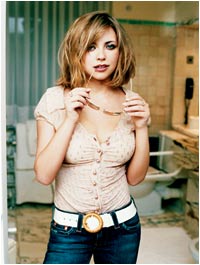 Undoubtedly many of her "fans" also like Mary-Kate and Ashley Olsen. (creeps) It's unfortunate Miss Church didn't receive more parental instruction, if her statement on one of the late-night shows that she moved into a flat with her boyfriend are to be taken seriously...
Posted by papabear at 9:46 PM

I for one am sorry that sweet little Charlotte Church now dresses like that. She was such a happy looking child, I thought she would grow into a beautiful, elegant woman. In this picture she looks like a teen hooker on drugs. How sad!

that page has some cool info