Not it! Mass. elementary school tag

Officials at an elementary school south of Boston have banned kids from playing tag, touch football and any other unsupervised chase game during recess for fear they'll get hurt and hold the school liable.

Recess is "a time when accidents can happen," said Willett Elementary School Principal Gaylene Heppe, who approved the ban.

While there is no districtwide ban on contact sports during recess, local rules have been cropping up. Several school administrators around Attleboro, a city of about 45,000 residents, took aim at dodgeball a few years ago, saying it was exclusionary and dangerous.

Click on link to read the rest (with the inevitable quote illustrating a negative parent reaction).
What does this say about our society? Unbelievable. 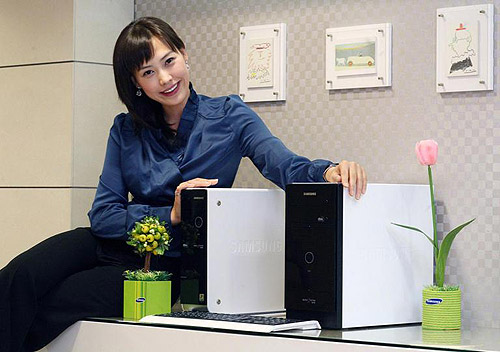 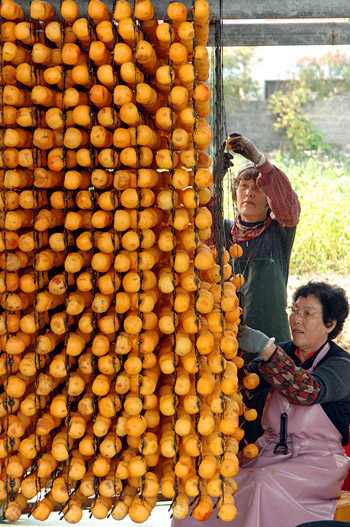 With autumn approaching, farmers hang up harvested persimmons to dry on Monday in Sangju city, North Gyeongsang Province, where they are a specialty. 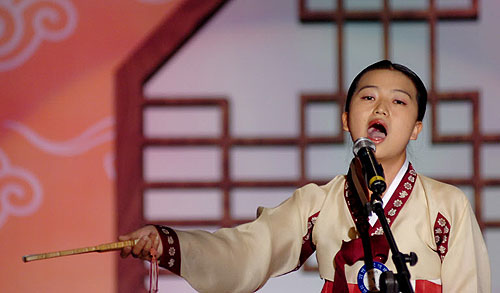 Kim Sa-rang performs a traditional one-man opera or pansori during a festival named after legendary pansori singer Im Bang-ul (1905-1961) at the Gwangju Culture and Art Center in the city on Tuesday. Kim won gold in the high school students’ category.

Has Kim Tae-hee Found a Part That Suits Her at Last?

She walks almost like a model on the catwalk, and though she is reputedly a big eater, she has not an ounce of fat on her. With her flawless cheekbones and perfect image, Kim Tae-hee has become the queen of advertising. But although her acting resume includes tough-girl roles, action and even villainous parts, many say her range as an actress is limited. Acting, indeed, is not the first thing that comes to mind under her wide-eyed sharp glance. Yet perhaps the parts she has played so far have not been the most suitable.

Now she is excited about her first starring role in the film “The Restless”, which opens Dec. 21. “It’s a part made for me,” she says. Her first major work, she has a lot riding on the film, but says she was comfortable and happy throughout shooting, so the hard work never got to her. “The Restless,” is set in an imaginary space conceived at the 49th day rites, the culmination of seven weeks of mourning following a death in Buddhism.

The film is also the directing debut of the Jo Dong-oh, who was assistant director for the classics “Beat” and “The Warriors.” Kim Tae-hee, who, in the film, is the earthly girlfriend of Jeong Woo-sung, plays the angel Sowha. “People don’t see the me that way, but there were many times when I felt inexperienced and empty-headed. Sowha doesn’t preside over anything; rather, she’s like an innocent child.” But no matter how childlike Sohwa may be, she is an angel. Just looking at the costumes that make the characters look as if they could fly off at any minute creates a fantastic, dreamlike atmosphere, not unlike the film “A Chinese Ghost Story.”

“I’m not really as alluring as Joey Wong,” the female led in “A Chinese Ghost Story.” “In one scene I turn to Jeong Woo-sung, who is completely naked, and say, ‘Don’t worry, angels can’t feel lust.’” Often thought of as aloof, Kim gives an easy chuckle at the memory.

She seems like a perfectionist, but she says about herself, “I’m kind of dense and slow-witted.” “I thought I was fine, but as an actor, I sometimes felt that I didn’t have the depth of emotion or the sensitivity required,” she adds. “Now I’m trying to give that a try.” She wants to be a “real” actor. Her pretty-girl face and short stature gave her pause, but she says she plans to turn her weak points into strengths.

“Acting is the path that I have chosen, so it’s something I will spend my life doing,” she says. “Acting is the medium that will help me to become more mature as a person.” It may have taken her a little longer than most to find the clothes that fit her best, but about this role she is confident: “It’s exactly my style.”

Tips for the Scarf Season

Female Robot Walks, Talks and Sings
Posted by papabear at 8:35 AM