Photos of the Week

War dead: Soldiers carry the newly recovered remains of Korean War dead to entomb at the National Cemetery in Tongjak-dong, Seoul, Tuesday. The military retrieved 130 sets of remains in the first half of this year, but it honored only 64 sets, excluding 66 believed to be North Koreans. /Korea Times 07-25-2006 20:06

Empress Myongsong: This photo taken by a German visiting Korea from 1894 to 1895 could be Empress Myongsong of the Choson Kingdom. Since its caption reads “Die Ermodete Konigin,” meaning murdered empress in German, it increases the possibility that the woman could be the empress, who was brutally killed by Japanese on an October night in 1895. The woman in the photo, very serious with sharp eyes, looks different from other photos assumed to be of the empress, but the impression it gives matches those recorded by foreign envoys who met the empress. /Yonhap 07-25-2006 20:40 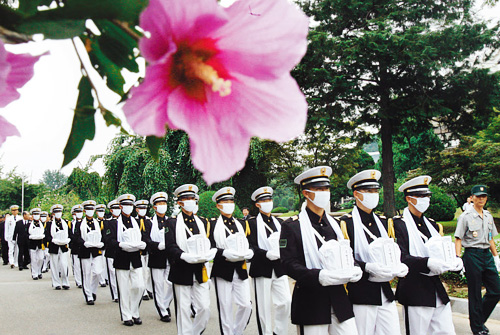 National - July. 26, 2006
A ceremony to enshrine the remains of 64 victims of the Korean War whose remains were found in Chilgok, North Gyeongsang Province and Jeongeup, North Jeolla Province earlier this year takes place at the National Memorial Board in Dongjak-dong, Seoul on Tuesday. 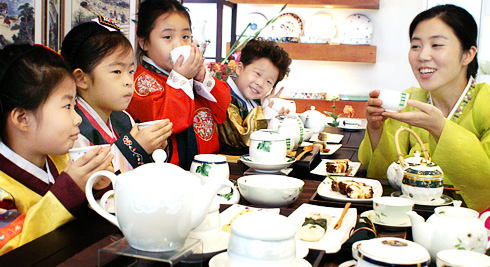 Culture - July. 26, 2006
Children learn the art of tea-making at an event organized by a Hankook Chinaware shop in Cheonggye8-ga, Seoul on Tuesday. 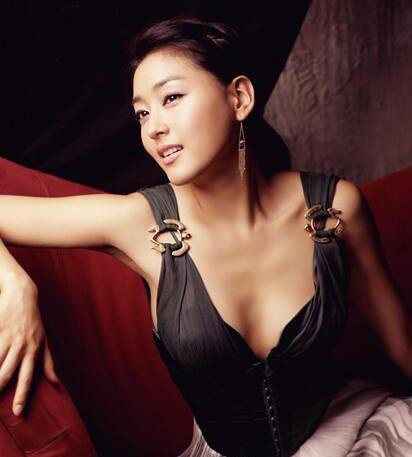 Culture - July. 27, 2006
Actress Park Jin-hee, who has recently returned to the small screen, launches a mobile photo album through KFT on Wednesday. SKT and LGT will also soon provide the album./Newsis 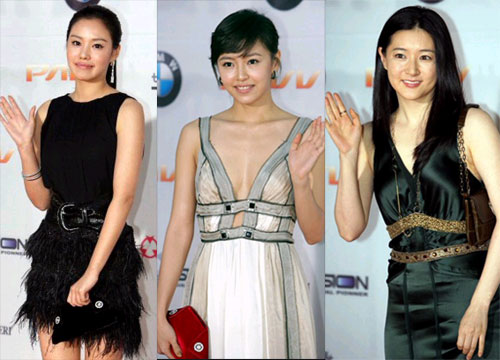 Actresses Kim Ah-jung, Kang Sung-yeon and Lee Young-ae pose for photos on the red carpet at the 43th Daejong (Grand Bell) Film Festival at the COEX Conventional Hall in Seoul on Saturday. The record-setting blockbuster “The King and the Clown” walked away with seven awards including best film, best leading actor and best director.
Posted by papabear at 12:27 PM