If the movie is completed, I think comparisons may be made with Kingdom of Heaven... and Robin and Marian? Robin and Marian was one of the first movies that we saw on videotape--I can't remember if we got it from the library or from a video store. It is available on DVD--perhaps I should rewatch it some time... 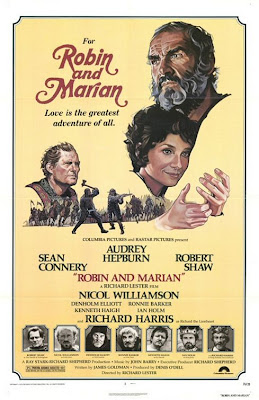 *spoiler warning* The biggest problem with the movie, as I remember it, was the ending, which was rather objectionable from a Catholic point of view. Marian poisons herself and Robin Hood, and in her explanation/defense of her action, she tells him that she loves him more than God. Maybe that sounds right to certain Romantics, but it is 'offensive to pious ears.' (I remember a Catholic posting at a blog how angry and offended he was that he was supposed to love God more than his wife. How bizarre.)