Bring Back the Cassock 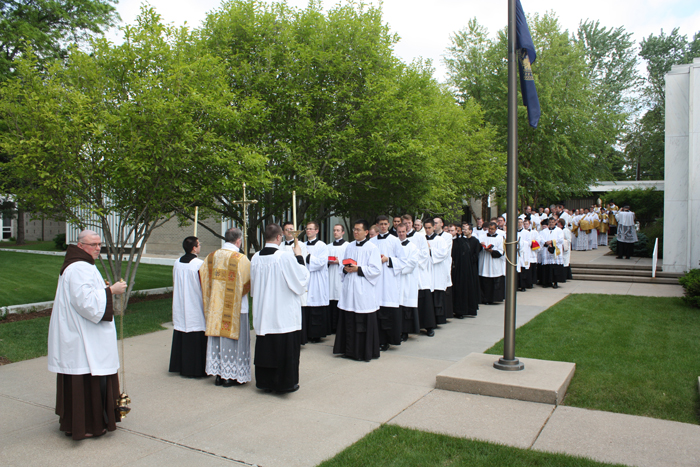 An Anglican writes about the cassock and its symbolism in a post for FPR: The Cassock.

I like more tradtional clerical clothing, whether it be the cassock for Roman-rite priests or the rason for Byzantine Christians. (What is the name for what is worn by the Copts, the Assyrians, and so on?) I think it would be great if the cassock were adopted by more Roman-rite priests here in the United States as part of a return to the traditions of the Church. It might be said that there are other deficiencies in the formation of our clergy that are of greater concern and their correction should be of a higher priority, but the cassock can become a symbol of reform and the spirit of authentic renewal.

More info:
NLM: A Brief History of the Cassock
CE: Clerical costume
Orbis Catholicus has plenty of photos of clerics in cassocks and other traditional vestments.
Istok Orthodox Church Supplies
Posted by papabear at 11:06 PM