Korean Horror Moves to New Haunted Territory
There is something afoot in Korean horror movies. From ¡°Arang,¡± to be released on June 28, via ¡°Apartment,¡± out in July, to ¡°To Sir With Love,¡± ¡°Cinderella¡± and ¡°Untold Story- The Red Forest¡± all to be released in August, indigenous horror movies have evolved to a higher level. In an effort to wash away the cheap shocker taint, the budgets are growing and the casts are becoming stellar. This summer, even moviegoers with sophisticated tastes are bound to find one good enough for them. 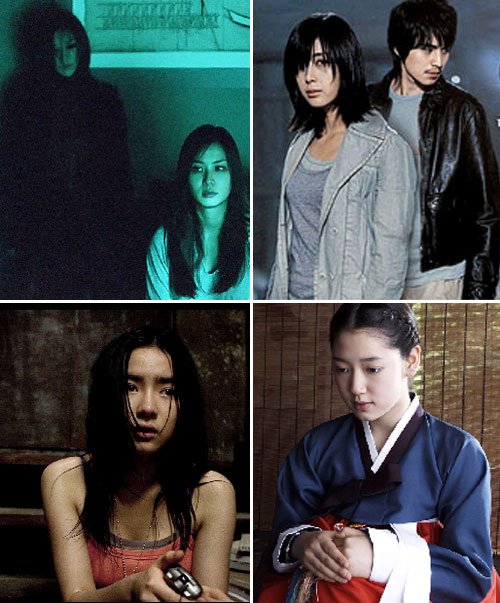 (click on link to read the rest of the article)
Posted by papabear at 10:13 AM