Order of the Thistle Service 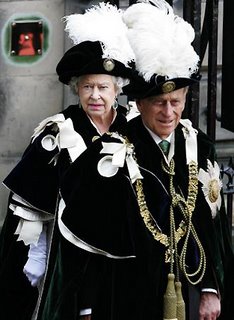 While I had known about the Order of the Garter for some time, today I just learned of the Order of the Thistle, which is a Scottish order of knighthood (it is also known as the Knights of St. Andrew).

apparel and such
Royal.co.uk page 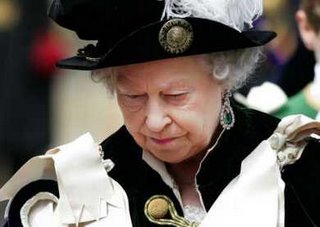 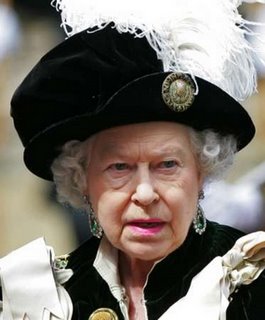 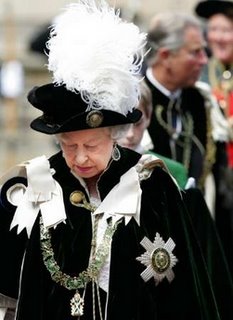 Britain's Queen Elizebeth arrives for the Order of the Thistle service at St.Giles Cathedral in Edinburgh, Scotland where she and other members of the Royal family observed the nationwide two minute silence in honour of the many dead and injured from last years London bombings on July 7, 2006. Britain marked the first anniversary of the London bombings on Friday in a mood of somber reflection but many still fear Islamist militants, having attacked them once might do so again.
REUTERS/DAVID MOIR 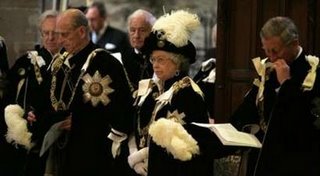 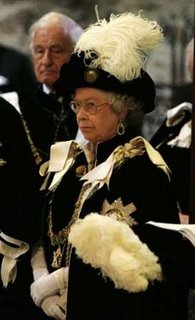 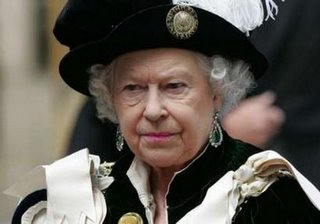 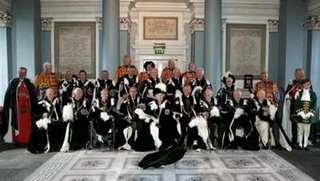 Britain's Queen Elizabeth (C) with her husband Prince Philip and son Prince Charles sit with Knights of the Thistle in the Signet Library in Edinburgh before The Thistle Service at St Giles Cathedral in Edinburgh on July 7, 2006. REUTERS/Andrew Milligan/Pool (BRITAIN)
Posted by papabear at 9:56 AM