Created by David Mamet and Eric Haney and based on Eric Haney's book Inside Delta Force, The Unit is about Delta Force, even though that name is never used in the show. The show deals with both the operations the members of one team undertake, and the family life back at the fictional Ft. Griffith. (I think the name is Ft. Griffith, I'll have to pay attention when I watch the next episode.) The show airs on Tuesday nights on CBS, 9 P.M. 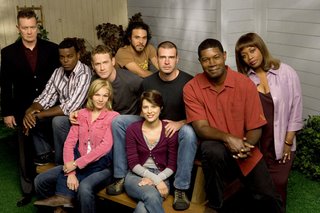 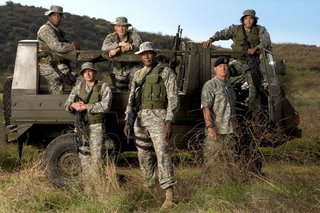 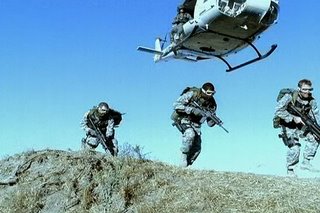 Ratings have been fairly decent, given the fact that it and NCIS are up against American Idol and House. (I wonder if House is doing well--I like the show because of House's character, as flawed as he is.) I have not come across any news that The Unit will be renewed next year; there are 5 episodes left to air. The last episode dealt with SERE (Survival, Evasion, Resistance and Escape) -- I don't know how realistic it was (perhaps tamer than real-life); so far CQB has been featured in only 2 episodes, one time as a part of a dream sequence and the other as a part of their training. "Behind Closed Doors" with Joan Lunden did one episode on the FBI HRT (Hostage Rescue Team)--part of their training includes CQB drilling in their own special 'kill house'..
Posted by papabear at 4:13 PM