Putting the "Civil War" in a Proper Historical and Social Context

Gone With the Wind by Philip Jenkins
Posted by papabear at 6:48 PM No comments:

Back, With No Jessica

Posted by papabear at 5:00 PM No comments:

The Silver Lining in the California Drought
Worst Drought in 1,000 Years Predicted for American West
Parched California Will Get no Relief from Drought

John Derbyshire: Arithmetic on the West Coast
California
Our response to California's drought shows America at work to enrich the 1%
Don't mention the immigration
Victor Davis Hanson, The Scorching of California: How Green extremists made a bad drought worse


From last year: California mega-droug could last more than a century

Posted by papabear at 2:16 PM No comments:

eventbrite
Posted by papabear at 2:09 PM No comments:

Better Off Without 'Em: A Northern Manifesto for Southern Secession

Rebellion: What if the South had won the Civil War?

The "mainstream" responses by Yankees, lib-progs, and the PC crowd would probably remind me of Brion McClanahan's antidote (to which I linked here.)

The American Spectator: Despising Dixie
Posted by papabear at 11:37 AM No comments:

Cappella Romana on Millenium of Music

Thanks to Millennium of Music Radio for featuring our Good Friday In Jerusalem CD on their Easter 2015 Program!

FSB, "Devil in the Seat"

"Quite frankly, it’s amazing that a band as good as the Foghorn Stringband still seem to be an under the radar outfit...

150 Years Since the End of the Constitutional Order 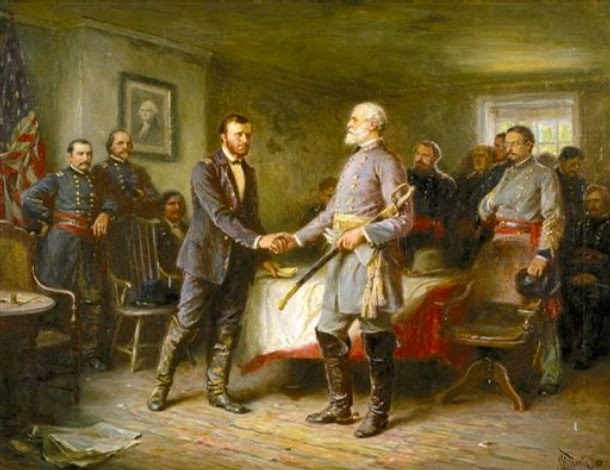 WDBJ 7 out of Roanoke is covering the Sesquicentennial. http://www.wdbj7.com/news/local/reenactors-pay-tribute-to-final-hours-of-civil-war-at-appomattox/32259766

150th Anniversary of Appomattox Court House
Posted by papabear at 9:53 AM No comments:

Posted by papabear at 9:26 AM No comments:

Watch the cute and hilarious teaser in the article below!Byun Yo Han 변요한 Gets Chased by 宋智孝송지효(Song Ji Hyo) and More in Teaser for “Ex-Girlfriend Club”

Posted by papabear at 9:08 AM No comments:

Posted by papabear at 9:03 AM No comments:

Good Stuff Over at Resilience

The Law of Diminishing Returns by Richard Heinberg (Resilience)


How America Became an Oligarchy by Ellen Brown (Resilience)

Bank Robbery: Banks and the Money Supply by Ivo Mosley (Resilience)
Posted by papabear at 2:54 PM No comments:

Posted by papabear at 2:36 PM No comments:

Kim So Eun Should be the Lead

It looks like Lee Yoo Bi and Lee Jun Ki will play the lead couple... What are your thoughts on this pairing?

In California in Two Weeks!

Despite Their Politics, I Sympathize

Gentrification and displacement because of financial pressures are contrary to individual rights and freedoms. (But instead of relying on outsiders to police their places of residence maybe they should take up the burden.)

Who Will Benefit From University Of California’s New “Global Campus? by STEVE EARLY
Posted by papabear at 11:00 AM No comments:

Fr. Paul Raftery, OP, one of the chaplains at Thomas Aquinas College, was the celebrant of the Mass of the Lord’s Supper...

Epic Failure in the Making

Probably not; seems like there are plenty of people willing to pay money to watch garbage like 300, the Wrath of the Titans, Hercules, and so on...

At Least They're Not Grass Eaters Yet

"I'm gonna find me a sugar mama at an adult bar."Check out a Soompi exclusive first look at "Twenty," starring Kim...

Posted by papabear at 6:55 PM No comments:

Disunion in America and the Southern Confederacy by By R.E. Smith, Jr.

Related:
The Old South,The New South, and The Neutered South by Gail Jarvis
What Makes Southern Manners Peculiar? by Ward S. Allen
Posted by papabear at 5:07 PM No comments:

by Brion McClanahan
Posted by papabear at 5:05 PM No comments:

The Premise of the Drama is Iffy

but it will star Kim So Eun!

Posted by papabear at 2:22 PM No comments:

The Capitulation of Catholic Higher Education to Egalitarianism

The trend is everywhere.

Either TPTB at TAC TAC support this nonsense, or they are willing to ignore it for the sake of publicity and enticing future customers. There may be sex-segregated dormitories but they do pitch a co-ed liberal arts education and whatever some may say about sex differences on campus, their advertising in posts like this does not match what some claim the college represents.

This is why she is grateful to her alma mater for the formation she received there. “I am glad to see some of my fellow alumni working in the public arena,” she adds, “and I hope that more graduates of the College will be interested in applying their formation to more public and professional careers. In particular, I hope we will see more women from the College taking on more public roles in ‘every aspect of society.’ Naturally, one’s family comes first, but some women are both able and willing to take on public roles at different times in their lives. We have been given so many talents, it would be a shame to hide them from ourselves, our families, and our communities, as if we could hide them from God.”

When asked about Pope Benedict XVI’s understanding of the role of women, Dr. de Solenni recalls, “When he was head of the Congregation for the Doctrine of the Faith, then-Cardinal Ratzinger published a document titled On the Collaboration of Men and Women in the World, in which he specifically states that women have a role in every aspect of society. Just this past February, he addressed a conference of the Pontifical Council for the Laity on the anniversary of the publication of his predecessor’s apostolic letter Mulieris Dignitatem saying, ‘God entrusts to women and to men, according to the characteristics that are proper to each, a specific vocation in the mission of the Church and in the world.’”


And towards the end:


“It seems to me,” she continues, “that we have spent a lot of time trying to prove that women and men can do the same things. Well, now we know that men and women can do just about all of the same things. So, instead of talking about doing, I hope the focus is shifting to a discussion of being. We need to talk about what being a man or a woman contributes to what we do. Ultimately, it is a question of developing our understanding of metaphysics as it applies to the human person.”

Pia de Soleni won a Papal prize for writing a dissertation upon this theme. She is from the United States and graduated from Thomas Aquinas college and did a doctorate in Rome.

‘Theology of Women in the Church’ Only Beginning to Be Revealed
Our Role in the Church
Christian Feminism: A Fuller View of Woman

Her book Different And Equal: The Old Feminists And The New Feminism seems to be out of print.

Engaging feminism rationally, through a discussion of sex differences, is mostly pointless, especially if one avoids the questions of headship in the family and political authority. One does not waste dialectic on those capable only of rhetoric.

Catholics like the contributors of the New Emangelization don't get the extent of the problem or are blind to it because of their ideological commitments.

Related:
We Need the Courage to Christianize Feminism by Simcha Fisher
Tag of de Soleni at Patheos.
Augustine Institute
Viewpoint: A young American theologian explores "Christian feminism", receives Pontifical prize
Scholar: Ordaining Women Is Disrespectful
What Do You Have in the Bank? By Pia de Solenni
That Married Couple

While she may seem to be a "social conservative" one should keep in mind that mainstream "conservatives" have moved leftward and are just behind the liberals in their "progressive" push to change society.

SPACE BATTLESHIP YAMATO 2199: VOYAGE OF RECOLLECTION and ARK OF THE STARS Trailers

The Basic Message of Opus Dei 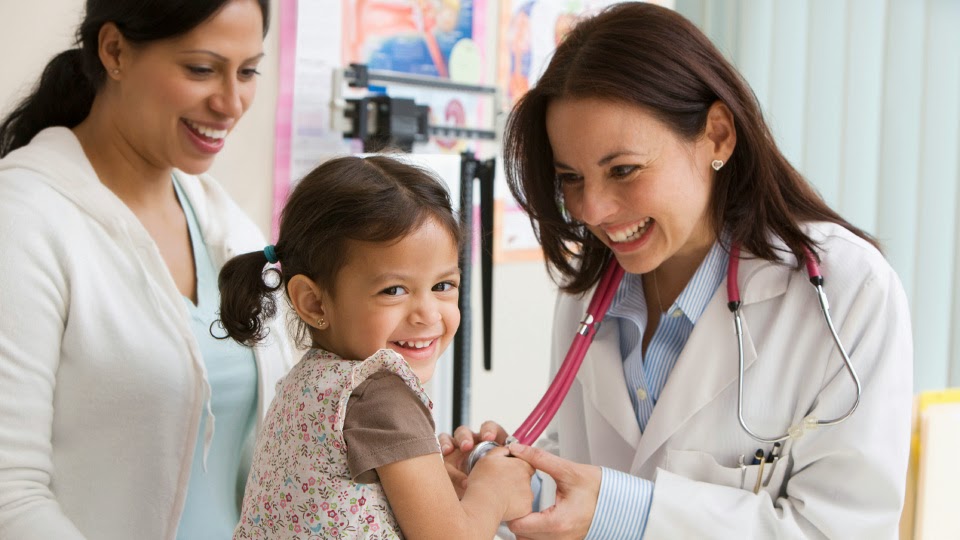 With the supercaption "Finding God in Work and Family," linking to Message: Work, family life, and other ordinary activities are occasions for spiritual union with Jesus Christ.

I think the primary subject of the photo, who is illustrating the basic message, is the physician not the mother.

Posted by papabear at 1:03 PM No comments:

Radio Monterey (mp3) - Resilience
Posted by papabear at 11:42 AM No comments:

Daniel Larison on his announcement speech.

What you can take away from realistic training using Sims - and why Sage Dynamics uses them.

Sharing in the Passion of Our Lord

Pope Francis on Monday expressed his hope that the international community does not look on, “silent and inactive”, in the face of the "unacceptable crime" of the persecution of Christians around the world.

Posted by papabear at 8:31 PM No comments:

Posting Because it Mentions the USASOC Sniper Competition

Posted by papabear at 5:54 PM No comments:

A Growing Awareness of a Problem?

But the changes in the liturgy is only one cause.
Posted by papabear at 5:01 PM No comments:

A very nice Pascha dinner with friends from church; forgot some of my problems briefly, though I was reminded the car problem when I arrived at the house. Don't think that car has much longer...
Posted by papabear at 11:48 PM No comments:

Did she admit she wants kids too?

Are we seeing a delay in marriage for South Koreans? Or is this just a trend among Korean celebs?
Posted by papabear at 10:27 AM No comments: