William Lind on the Next Conservatism

William Lind, The Next Conservatism: Winning the War for Western Culture

Section TV
Posted by papabear at 12:00 AM No comments:

The Way of Beauty

CWR: Finding the Way of Beauty by Carrie Gress, Ph.D.
Author and artist David Clayton on living the “via pulchritudinis” in our daily lives.

Posted by papabear at 9:07 PM No comments:

Posted by papabear at 3:12 AM No comments:

Posted by papabear at 5:00 PM No comments:

Thumbs Up from the Queen?

Telegraph
Posted by papabear at 1:05 PM No comments:

Labels: Royals, TV
Google is honoring Nettie Stevens today; did she ever get married and have children? Her wiki entry makes no mention of either. Did her mother die of breast cancer? Did her not having children contribute to her getting breast cancer? A New Englander - a Yankee? Did she displace a man from scientific research? Did she ever attempt to assume authority over men? How much of a ideological feminist was she?

Nettie Stevens discovered XY sex chromosomes. She didn't get credit because she had two X’s.
DNA from the Beginning
Nature
Indepdendent
The Embryo Project
Posted by papabear at 12:54 PM No comments:

What if the indigenous peoples are white?

NLM: San Francisco Pastor Celebrates Jubilee in Presence of Archbishop Cordileone - more photos
Posted by papabear at 11:00 AM No comments:

Henry VIII: Power Above All Else

Does the Tudor Terror Live On? by Joseph Pearce
Posted by papabear at 2:31 AM No comments:

More on The Truth Beneath

A Remake in English? No!

Inoue's LONE WOLF AND CUB: FINAL CONFLICT Gets An English-Language Remake In 2017

One Screen Anarchy writer doesn't think the movie will be good. An action movie that doesn't meet what we expect from Dante Lam?

The National Guard: not the militia of the free states assumed by the Founding Fathers. Maybe the filmmakers were well-meaning, but this is propaganda for the National Government as well if the use of the National Guard for imperial wars is depicted as being legitimate.

Fandango
Posted by papabear at 12:00 AM No comments:

While Grass Valley and Nevada City may be full of white people, what is the local culture like? More hippie than traditional? Maybe the state of Jefferson would be composed of a myriad of alternative cultures to Californian neo-Yankee mass culture, but I'd probably rather live in a traditional area than one populated by aging liberal hippies, who have in part created that neo-Yankee mass culture. How much time would it take to find out what towns are more traditional?

I could move to another state, but that isn't very likely; I'd fit in more in one that has a bit of diversity (e.g. Texas) than one that doesn't, even if the latter is more preferable with respect to tradition.

As for faith, some Orthodox chuches are more traditional, more patriarchical than others. The Greeks seem to be rather liberal in that regard. ROCOR might be on the other end of the spectrum. But the pretensions of the Orthodox patriarchs are grating; can't say that the pretensions of the papal maximalists are any better. Is there an alternative? The Assyrian Church of the East, perhaps? How are they dealing with feminism?

Ancient Taboos and Gender Prejudice Challenges for Orthodox Women and the Church by Leonie B. Liveris
Posted by papabear at 12:00 AM No comments:

Why do we need a remake of a '70s movie about gang warfare?

Which is rather cheesy, even if it too is a cult favorite? In many cities we have the real thing, and the situation may get worse if the economy is manifestly in the toilet and balkanization accelerates. How many multi-ethnic gangs really exist (as opposed to loose alliances between divese monoethnic gangs)? A fantasy from the '70s in the wake of the Civil Rights Era?

Russo brothers adapting The Warriors for TV series
Deadline
Posted by papabear at 11:12 PM No comments:

Screen Anarchy interview with the star of that 80s cult classic, Christopher Lambert
Posted by papabear at 11:04 PM No comments:

“Patriotism and Its Limits,” By Bruce Frohnen
Posted by papabear at 2:29 PM No comments:

But what happens to those digital copies when the age of cheap energy is over?

What Would Benedict XV Say?

Can the pope avoid making such vague or general statements if he cannot give a sustained critique based on natural law? At the root of it, a failure to understand what is required by the "common good"?

In Brexit’s wake, pope warns of ‘political and economic selfishness’
Posted by papabear at 8:40 PM No comments:

One of Sarge's Heroes

Posted by papabear at 8:34 PM No comments:

Posted by papabear at 8:23 PM No comments:

Beyond Their Competence to Make Such Remarks

Posted by papabear at 8:23 PM No comments:

Evolution and the Primacy of Love
ANNUAL EVELYN UNDERHILL LECTURE IN CHRISTIAN SPIRITUALITY
Posted by papabear at 8:12 PM No comments:

Will Have to See if There is a US Version

Posted by papabear at 7:49 PM No comments:

Unz: Towards a Sensible Immigration Policy by Philip Giraldi
National culture and identity must be respected

Better Things to Do...

Living in the Movement Conservatism of the Past

Robert George... What would a reform agenda look like?
Posted by papabear at 10:55 AM No comments:

What's a Patriot to Do? 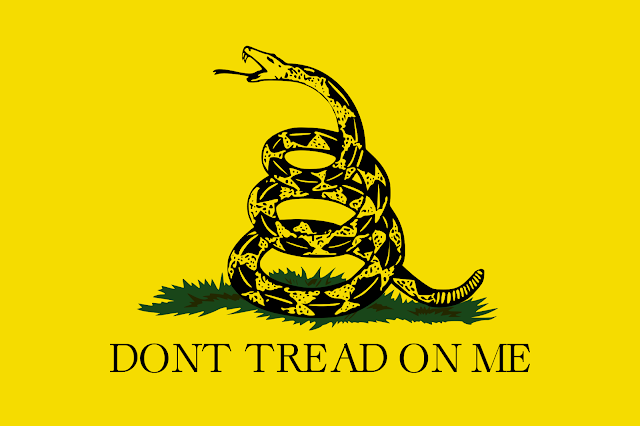 I was thinking about Born on the Fourth of July. I did not react well to the depiction of Ron Kovic (played by Tom Cruise) the first few times of watching the movie. His suffering seemed to be expressed as self-indulgent whining. As I've gotten older, I've come to sympathize with him a bit more; he lost much after being duped into imperialism, not patriotism, and his loss was sufficient to provoke a crisis of faith (he seems to have rejected his Catholicism) as a part of existential crisis. Did he ever return to the Catholic faith? Does he offer a solution to war that is not statist? If it is not statist, is it more like an alternative (or false) religion or spirituality with a utopian vision of humanity?

‘Born on the 4th of July,’ Ron Kovic’s Searing Vietnam Memoir Turns 40
‘Born on the Fourth of July’ vet’s account disputed by comrades

If patriotism requires localism and a true community, then violence may be needed to protect the community -- are more wars likely if the number of self-ruling communities is increased? Even if that were the case, would these wars reach the scale of war-making attained by the industrialized nation-states of the 20th century?


VD: What Independence Day
For the fourth of July let’s mourn the Constitution. It’s dying.
American Counter-Revolution by Clyde Wilson
The Fourth Of July Is Beloved Of Americans–But Not All “Citizens” Think Of Themselves That Way
The Virginia Ratifying Convention and the Birth of the Tenth Amendment

This piece wasn't bad: A Class Is Not the Same As a Tribe

But "organizing" takes more than the sort of organizing you get in "community organizing" or whatever a liberal might think.

Related:
Patriotism Begins With Localism By Ian Marcus Corbin
The thinness of American identity has to stretch from Toby Keith to a bro on Beacon Hill.

With a Few Items I Didn't Think of

15 Ways Masculine Schools Can Turn Boys Into Men
Posted by papabear at 9:38 AM No comments:

Fred Reed: Jewish Decline and the Rise of China: In the US

Posted by papabear at 6:40 PM No comments:

Labels: China, ethnonationalism, Fred Reed
CWR: 10 Things You Should Know about Catholics and the American Founding by Bradley J. Birzer
In celebrating the 240th anniversary of American independence and the ratification of the Declaration of Independence, it’s worth remembering the role that Catholics and Catholicism played in 1776.

10. Finally, though many Catholics immigrated to America prior to 1846, they never did so in considerable numbers. Even when they migrated in fairly sizable groups they could not compete with the native Protestant population. Everywhere they lived they formed, at best, an interesting minority. All of this changed in the mid-1840s when famine and Revolution drove Irish and Germans (both Catholic and Lutheran) in huge numbers to the United States. Many of these Catholic immigrants were understandably poor, and the old English animosities against the Irish rose with ferocity. Many in the public sphere began to talk openly about a “papal takeover,” and even the level-headed of American society feared some kind of Vatican conspiracy to destroy the American republic from within and by her own laws and tolerance. Catholic immigration to the United States remained steady until the 1870s when huge numbers of Southern Europeans, Jews, and eastern Mediterraneans migrated across the Atlantic. In large part, the American Progressive movement arose as a way to halt the further Catholicizing and Hebrewization (my made-up word) of America, desiring to “yank the hyphen out of hyphenated Americans.”

Posted by papabear at 6:11 PM No comments:

As Good as It Gets?

NLM: The CMAA’s Colloquium Mass in the Magnificent Cathedral Basilica of St Louis
Posted by papabear at 6:06 PM No comments: